Paytm IPO: Should You Invest Despite Losses? 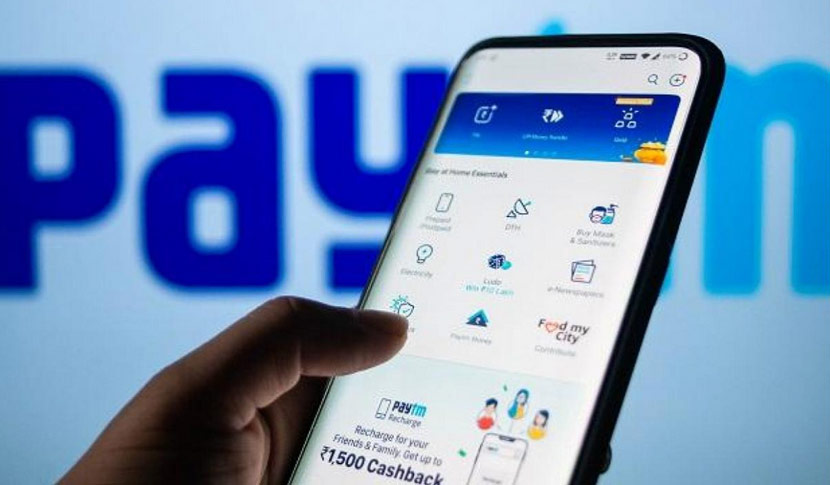 Paytm which initially started as a digital wallet-based platform focusing on mobile recharge and utility payments, has now emerged itself into a super-app. India’s first unicorn, Paytm offers services such as lending, banking, money transfer, insurance, wealth advisory, e-commerce, travel and event booking, gaming and obviously recharge and bill payments. Apart from this, it also provides software and cloud services to the merchants.

So How Does It Make Money?

It offers a mobile wallet and a UPI product to the consumers. It then uses this as a hook to increase engagement with consumers and sell its other products like insurance, short term loans, Paytm postpaid, credit cards, e-commerce and more.

In case short tenure loans, it receives a certain amount as a sourcing and collection fee from financial institutions based on a percentage of the loan amount. It earns a commission for dealing in insurance and several mutual fund products. It receives a certain amount as upfront account opening fee, transaction fee, and an annual subscription fee through equity broking services. While in case of credit cards, it earns a distribution fee and a percentage of the total annual spend. In case of entertainment, travel, ticketing, and several other trading businesses, it earns a convenience fee.

It offers to the merchants a full suite of payment products and services like an all-in-one payment gateway, Paytm QR code, Soundbox or POS devices, etc. It generates revenue by charging them a transaction fee which is a percentage of the amount transacted. It earns a rental fee on soundbox and POS devices. It charges merchants a subscription fee for software and cloud services it offers.

Just a few years back, Paytm was the principal e-wallet player, but then UPI came up to bridged the gap. Currently, PhonePe and Google Pay are the leaders in the UPI market, while Paytm is content with the third position in terms of total volume and value.

Paytm knows that UPI is a revenue-less market, hence it rather than focusing on volumes, focusing on acquiring merchants, to whom it could cross-sell its other products. Now to further understand this - these merchants usually open an account in their associate bank – Paytm Payments Bank. In this way, not only the amount transferred from a person to a merchant started getting deposited in it, but the merchant also starts using other payments bank features. Not only this, the merchant also starts using the QR codes and other payment solutions like soundbox, PoS device, and others, offered by Paytm, which increases engagement and retention of Paytm’s ecosystem.

The major driver of Paytm's revenue is the gross merchant volume (GMV) and the average commission that it earns on the same. GMV, here, is defined as total payments made to merchants using Paytm products. It does not include any consumer-to-consumer money transfers. Here growth of GMV largerly depends on two factors, transacting users and merchants.

The growth of the transacting user and the merchant goes hand in hand. Due to its various payment solutions and the variety of services it offers, the average number of transacting users and merchants on its platform continue to grow.

The Financials: Trying to get leaner

As a company, Paytm has been a loss-making entity due to its high cost base. However, the company has drastically reduced its cost over the years. A large part of this cost reduction is due to the lower cashback and incentives offered.

In the financial year 20-21, the company had an average monthly cash burn of 192 crore. After its IPO, the company will be in a position to continue this cash burn rate for about 6 years.

Due to reduction in direct costs including payment processing charges, the Paytm has reported a positive contribution profit in the financial year, 2021. Despite all this, the company is still making losses mainly due to high employee costs. Paytm's employee cost has been high as it has been investing in talent to improve its services. However, its total cost declined by 21% in FY 20-21.

If we talk about the list of competitors of Paytm, then it is quite long as the company has a presence in various segments. But in spite of so much competition, Paytm has continued to grow and has been able to create a substantial presence in every segment.

In the past 20 years, Paytm has been able to raise around Rs 19,000 crore through various investors. And now it is taking it forward with an IPO target of ₹16,600 crore, of which ₹8,300 crore will be the fresh issue. With the share prices currently valued at INR 2,500 in the unlisted market, Paytm's valuation goes around at INR 1.5 lakh crore. And with that, at 1.5 lakh crore valuation, Paytm will be India's 25th most valued company, by market capitalisation.

Paytm is India's first unicorn company. It has grown from a start-up offering a digital wallet business to a fin-tech giant and ecosystem in India.

Recently the company has shown financial control by cutting its costs. But profitability is still a far cry for it. Also, since the company is raising funds to expand its business, there will be no cash burn problem at least for some time to come. If the company is able to monetize its customer base while continuing to control its direct costs, we believe it will achieve profitability in FY 24-25.

Apart from this, the company is also in the process of acquiring a general insurance company through its associate. Further, RBI has proposed to allow payments banks to be converted into a small-finance bank after three years of obligatory operations. If that happens, such a conversion will significantly increase the opportunities for monetization in consumer and merchant lending.